Opioid refugees: How the fentanyl crisis led to a backlash against doctors that's leaving people in pain

'David Reid’s body has taken a few blows over its 68 years. In 1992, he was in a bad car accident that left him with a severe concussion. This affected his balance and led to a couple falls down stairs. Last July, Reid had a knee replacement. He has problems with the muscles in his neck and upper back. Degenerative discs in his spine often cause pain. “And I do drywall for a living,” Reid said on the phone from his home in Nanaimo. “That alone is a hard trade.

“I still do it because there’s not enough in a pension to really allow you to survive,” he continued. “As long as I have the oxycodone, I can get by. It allows me to work.”

Reid told the Georgia Straight he was never on a high dose of the semisynthetic opioid. He was given 10-milligram pills of the prescription painkiller and told to take no more than three a day. That was usually enough. Then, last December, Reid’s long-time doctor retired. His new doctor had concerns about the medication and cut him off.

“He bluntly told me: ‘I don’t write prescriptions for oxycodone or for any other opioids,’ ” Reid recounted.

Since losing his prescription, Reid has worked his way through the phone book, calling one clinic after another looking for a doctor who will prescribe him the pain medication he says he needs to work.

It is widely believed that doctors played a prominent role in this epidemic’s development. Through the late 1990s and early 2000s, pharmaceutical corporations sold health-care professionals a story about effective opioid painkillers that don’t lead to addiction. Many doctors bought it, and prescription rates soared. Then it became apparent that the pills were addictive and prescriptions were scaled back. But by then it was too late. People were hooked, and when doctors cut them off, some patients didn’t stop taking opioids. Instead of in a doctor’s office, they found them on the street in the form of heroin and, more recently, a potent synthetic opioid called fentanyl.

That story is true for large areas of America. It is expertly detailed in a book by Sam Quinones called Dreamland: The True Tale of America’s Opiate Epidemic. It is also apparent in statistics collected by the U.S. Centers for Disease Control and Prevention. They show the rate of prescription opioids associated with fatal overdoses increased from 1.5 deaths per 100,000 people in 2000 to 5.9 in 2014. But that story is not true everywhere, several of B.C.’s top health officials told the Straight.

North of the border, many people believe that the opioid crisis is playing out the same as in the U.S. That's because Canadians watch CNN and read American newspapers, and the effect has been for important regional variations in the crisis to be glossed over and confused. In response to media reports that focus on the U.S., Canadian doctors have received increasingly intense criticism and pressure to scale back opioid prescriptions. This has left patients like Reid—people with real pain who just want to get through a hard day’s work—with nowhere to turn for the medicine they need, except maybe to the streets.

This patient profile has become so common that in the United States that it has a name: “opioid refugee”.

There might be no one in B.C. with a better sense of the crisis here than the province’s chief coroner, Lisa Lapointe. She told the Straight that although the overdose epidemic in the United States is driven by a combination of prescription opioids like OxyContin plus heroin, and, more recently, fentanyl, B.C’s opioid crisis is largely the result of just one drug: fentanyl.

According to the B.C. Coroners Service, illicit-drug overdose deaths in B.C. increased from 333 in 2013 to 518 two years later, then to 1,436 in 2017. The portion of these deaths that involved fentanyl during those years increased from 15 percent to 29 percent—then to 83 percent last year.

“It’s really clear that fentanyl is the root of the problem,” Lapointe said.

She noted that B.C. does not have statistics on fentanyl-associated deaths that also look back at a deceased individual’s history with prescription opioids (although some U.S. jurisdictions do and have used that information to establish a link). But Lapointe said her coroners are on the ground, interviewing the families of drug-overdose victims, and what they’re hearing is that a majority of deaths in B.C. involve people who struggled with addictions to illicit drugs for some time.

Dr. Patricia Daly is chief medical health officer and vice president of public health for Vancouver Coastal Health and executive director of the province’s new Overdose Emergency Response Centre. In a separate interview, she emphasized the same point as the coroner: “There is not a causal link between prescription opioids and the opioid crisis here,” Daly said.

She expressed concern for a false perception that unfairly paints B.C. doctors as reckless.

“I think it arises from a lot of media reports from the U.S., where there are communities where there was significant overprescribing of oral-prescription opioids,” Daly said. “Most of our crisis here concerns people who have a long-term heroin addiction and the contamination of the heroin supply.”

Still, Lapointe and Daly emphasized that Canada has overprescribed opioids. They both noted that our country holds the troubling distinction of doling out more pills per person than any other nation except the U.S. But that does not mean the problem of overprescribing in Canada is as bad as it is in some regions of the U.S., and it does not mean that overprescribing has significantly contributed to B.C.’s rise in overdose deaths.

In both countries, prescribing practices have begun to change.

According to a 2014 paper by researchers with Simon Fraser University, from 2005 to 2011 the rate of strong opioids dispensed across Canada measured in daily doses increased by 43.4 percent. Then, according to a Canadian Institute for Health Information (CIHI) report, that trend was reversed. From 2012 to 2016, the rate of prescribed-opioid daily doses declined 8.9 percent. (Statistics in the two reports are not directly comparable but still show a clear change in trends.)

In the most recent year for which data is available, 2015-2016, the swing was most pronounced in B.C. Here, the rate of prescription-opioid daily doses fell 11.7 percent, more than double the drop observed that year in almost every other province.

Lapointe warned that this is where a relationship between prescription opioids and illicit fentanyl could emerge.

“Anecdotally, we’re hearing from people whose doctor stopped prescribing,” she said. “If doctors aren’t able to prescribe opioids, and folks are then turning to illicit drugs in a market that’s increasingly dangerous, the policy is actually leading us down a worse path.”

Similarly, Daly said that scaling back prescriptions could create difficult situations for the small number of patients who have developed an addiction to painkillers they received from a doctor.

“I am concerned about the unintended consequences,” Daly said.

How doctors decide when to prescribe opioids for pain is officially outlined in a document issued by the College of Physicians and Surgeons of B.C. (CPSBC). The college published a new set of these guidelines in June 2016 which call attention to concerns for addiction. In a telephone interview, Dr. Galt Wilson, the college’s senior deputy registrar, said there were two primary reasons for revisions: One was that there was a perception Canadian doctors had become too liberal with opioid-prescribing practices and were issuing prescription refills without adequately examining patients. Also, according to Wilson, there was a change in health professionals’ understanding of opioids’s effectiveness to treat serious pain.

“There was a belief and a hope that we could really improve the lives of people with chronic, persistent pain with opioids,” Wilson said. “But the emerging science more recently has said that it’s only a small number of carefully selected patients that benefit.”

On the 11.7-percent reduction in daily doses of opioid painkillers recently observed in B.C., Wilson maintained that this has occurred only where appropriate. For example, he explained that the number of people on opioid painkillers has remained relatively stable but those people are receiving fewer pills than they did in years previous.

“After a minor surgical procedure, a lot of people would go home with 50 pills and then take five of them. They didn’t need the other 45,” Wilson said. “All of the guidelines…show that a lower dose is a better dose.”

B.C. Health Minister Adrian Dix supports the college’s new guidelines. The NDP MLA for Vancouver-Kingsway told the Straight he has heard from people who claim the changes have left them with untreated pain, “But I think, on balance, these [changes] were absolutely the right decisions,” Dix said.

He added that the latest research does show that prescription opioids are both less effective and more addictive than doctors once believed, so regulatory changes are a reflection of new evidence.

“I understand there is some criticism,” Dix said. “But I think the path taken is, broadly, a good one.”

Maria Hudspith is the executive director of Pain B.C., a patient-advocacy group. She acknowledged that overprescribing had become an issue in Canada—though not to the extent that it did in the United States. But Hudspith said that although action was required to reduce the numbers of presriptions, she believes that B.C. has now gone too far in the opposite direction.

“There has been a pendulum swing around opioids,” she said. “And now there are definitely people who live with chronic pain who are reliant on opioids for pain relief who can no longer access them.”

Hudspith suggested that the blowback against doctors in the U.S. combined with deaths in B.C. attributed to illicit fentanyl has led many people to confuse the two issues and associate doctors here with overdoses that are actually the result of street drugs.

“Is less opioid prescribing a good thing? I think a lot of people would say ‘yes,’ and this pendulum swing is accomplishing that,” Hudspith said. “But I think the outstanding question is, are there people who have been harmed by this reduction in prescribing? I would say, definitely, yes.”' 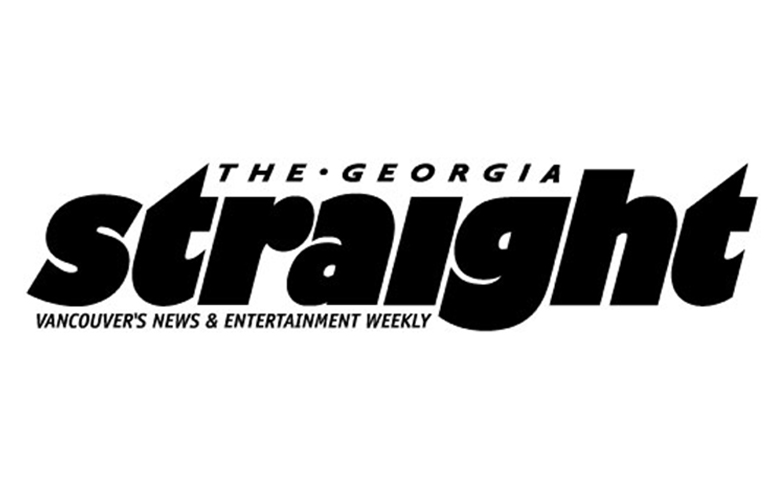