An updated version of the national guideline for opioid prescribing was published in the Canadian Medical Association Journal (CMAJ) on Monday May 8, 2017. The updated guideline aligns with the current evidence on opioid prescribing and harm reduction, while attempting to address the limitations of the College of Physicians and Surgeons of BC (CPSBC) standards.

Unlike the CSPBC standards and guidelines, this national guideline is not a regulatory requirement but offers recommendations for prescribers. The guideline includes 10 recommendations (7 of which are focused on harm reduction) and incorporates the following:

Around the issue of dosage, the guideline states that the suggestion “to restrict the prescribed dose to less than 50 mg MED acknowledges that some patients will be willing to accept the increased risks associated with doses exceeding 50 mg in order to potentially achieve improved pain control. Further, some patients may gain important benefit at a dose of more than 90 mg. Referral to a colleague (not necessarily a pain specialist) for a second opinion regarding the possibility of increasing the dose to more than 90 mg MED may therefore be warranted in some individuals.”

At the same time as the guideline was released, the CMAJ included a commentary piece by Dr. Owen Williamson and Dr. Andrea Furlan that discusses the updates. The commentary acknowledges the intention is to promote better, safer opioid prescribing, but notes that the recommendations are “unlikely to solve either Canada’s opioid crisis or the undertreatment of those living with persistent pain.” The commentary piece highlights the systemic barriers that can impact chronic pain patients – the lack of timely access to effective, affordable non-pharmacological treatments; long wait lists for multidisciplinary pain clinics and pain specialists; and the lack of community-bases resources, including self-management programs.

Furlan and Williamson echo the issue that Pain BC has raised many times – without a comprehensive provincial and national pain strategy, an updated guideline will not solve the opioid crisis or address the lack of “evidence-based alternative treatments for the one in five Canadians currently living with chronic pain” (Furlan and Williamson, 2017).

The recommendations included in the guideline were developed by a group of international researchers, patients, and clinicians. This team was funded by Health Canada and the Canadian Institutes of Health Research and lead by the Michael G. DeGroote National Pain Centre at McMaster University. The guideline applies to all professionals who prescribe opioids for chronic pain, including specialists, family physicians, and nurse practitioners.

Pain BC will continue to monitor the situation and to advocate for evidence-based, compassionate pain management approaches for people in pain. In the meantime, you can review the following useful links: 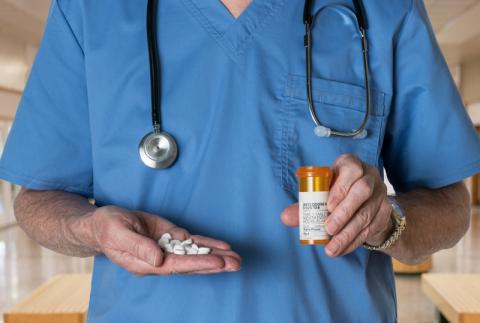