The Pain BC blog serves as a space for relevant chronic pain news, events, stories and other opportunities available for people living with pain. 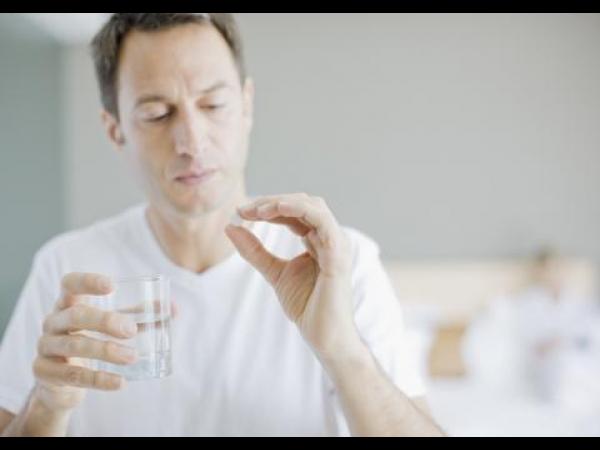 The National Guidelines for use of opioids in chronic non-cancer pain are now out. They were developed by the National Pain Centre at McMaster University and funded by Health Canada. The authors encourage public feedback and comments but have stated that the guidelines are unlikely to change unless compelling evidence that the panel hadn't considered is presented. You can provide your feedback here: http://ow.ly/1xta308AaCI
Read More

'The pain is just never-ending': Making the case for long-term opioid use

'Like many drug users, Heather Fugere experimented before she started taking opioids regularly. First there were the Tylenol 3s. Then there was the Tramadol. But it wasn't until a bad fall led her to the emergency ward where she discovered Oxycodone.

"All of a sudden I was pain-free in my back and it was just like living again," Fugere said from her home in Coquitlam, B.C.

With almost 60,000 listens and counting, Pain BC's Pain Waves podcast is your “go to” for the latest tools, trends, research, and stories on chronic pain - and now it has a new look and a new home! Make sure you update your bookmarks and RSS feeds, because Pain Waves is now on Spreaker.

Since the College of Physicians and Surgeons of BC (CPSBC) announced changes to the opioid prescribing standards on June 1 2016, Pain BC and people living with chronic pain, along with representatives from a variety of organizations such as the Pain Medicine Physicians of BC Society, the BC Psychiatric Association, and the People in Pain Network, have been raising concerns with representatives

Pain BC is excited to be launching a new Ask the Expert Series on the Live Plan Be Forum. This is a live event where users can ask a special guest questions and receive answers in real time.

Is chronic pain making you feel like you’re losing control of your life? Dr.

Questions and answers about the College's newly revised professional Standard: Safe Prescribing of Drugs with Potential for Misuse/Diversion

The College of Physicians and Surgeons of BC (CPSBC) has just released a list of questions and answers related to the June 1st opioid prescribing guidelines.

More needs to be done to treat chronic pain

When it comes to government funding announcements, one issued on July 18 managed to fly under the radar screen, receiving little media attention, with no mention in newspapers, radio or television.

Perhaps this was because it was an insignificant amount of money. Indeed, with a provincial health budget of $18 billion, awarding a mere $50,000 doesn't exactly stop the presses.

Pain BC's Executive Director speaks to CBC News at 6 anchor Andrew Chang about the impact of the new opioid subscribing guidelines. Watch the story below starting from 20.35 minutes.

Many doctors and patients are concerned and confused after strict new prescribing standards were issued by the College of Physician and Surgeons of B.C. for narcotics and other addictive, potentially deadly drugs like sleeping pills.

A list of standards on opioid prescriptions recently formalized by the B.C. College of Physicians and Surgeons is coming under fire from critics who say it's forcing those in chronic pain to seek drugs on the streets.

Chronic pain sufferers may turn to the street to find opioids if doctors don't prescribe them: Pain BC

VANCOUVER (NEWS 1130) – The public health emergency declared over the number of opioid overdoses in BC should lead to more help for people at risk of overdosing, but it may also be hurting one segment of the population. A group which supports chronic pain sufferers is worried more of its members are having to turn to street drugs.

Pain BC concerned fentanyl outbreak hurting those with chronic pain

Pain BC is worried more people are having to turn to street drugs because doctors in BC are hesitant to prescribe opioids. Maria Hudspith of Pain BC explains how this problem effects those who need relief from chronic pain.

New BC guidelines for prescribing opioids will drive some to street, says group

A pain management and advocacy group in British Columbia is worried that BC’s new guidelines for prescribing opioids could cause more chronic pain sufferers to turn to street drugs for pain medication, a risky prospect according to Pain BC, as pain sufferers can’t be sure of what they’re getting w